Once I was seven years old…

… is what Guinness can say now! Well he could if he could talk. Today is his 7th birthday!

I always thought 7 was pretty old for a dog, but now that it’s here it doesn’t feel that scary. I’ve been saying for ages that Guinness is “nearly seven” (unlike me who was telling everyone that I was 25 right up until the day I turned 26 last Sunday), perhaps due to his recent injury and questions about his agility career, I wanted to keep it realistic in my head and not just see him as a 6 year old dog.

I know deep down that 7 isn’t really that old for a collie, in fact tonight we made the short drive to Brereton to go for a special birthday walk around the lake and we met a man with a 14 year old collie. She promptly flirted with Guinness who carefully pounced around and played with her… thus proving that 7 really isn’t old!

I’m not one to celebrate a dogs birthday, other than a slightly soppy facebook update and a nice walk. I mean c’mon… it’s a dog… they don’t know it’s a different day.

I’m lucky that I’m still in touch with his breeder and some of the owners of his other siblings and it was lovely to share photographs of them this morning and see how they’re doing it. They’re all so alike (well d’uh, it’s this thing called genetics) and they look just like their mum. It’s made me proud to have been allowed to own one of these lovely pups and I’m proud of the life he has and the dog that he’s grown into.

7 years ago today it hadn’t even been decided that I was going to have him. I had been hoping and searching and begging my Mum to let me have a collie for ages, but it wasn’t until the pups were nearly ready to go and Guinness was the only one left that I found the breeder. I didn’t get to pick Guinness, but I know I came home with the best one. He may have been the last one available, but that was a gift for me. We were meant to be together and my life has been truly blessed since he arrived.

So Happy Birthday Guinness and here’s to many many many MANY (please) more years of goofing around together. 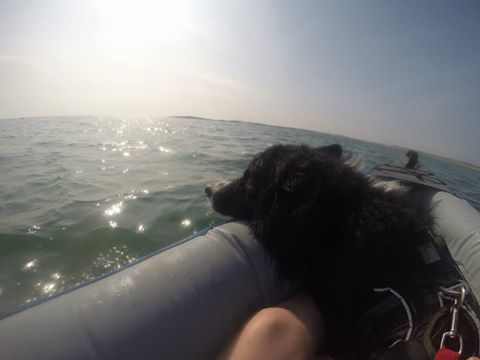 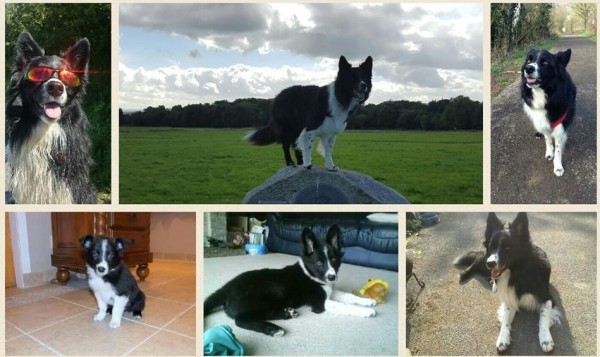