I’m by no means a running expert, but now that I have been running several times a week for over a month and have been along to a couple of Parkrun events I’ve already learnt a few hard lessons about what not to do as far as running is concerned. Hopefully by sharing what I’ve learnt I might be able to prevent another beginner from making the same mistakes.

I first decided I would go for a run about 5 years ago. I left the house, ran far too fast for about 30 seconds and then ended up doing some awkward periods of running and staggering before going home feeling deflated and rubbish. I didn’t run again for a couple of years.

It wasn’t until I came across the Couch 2 5k program and started listening to running podcasts and blogs that I learnt that you should start off slow and maintain a conversational pace if possible. Also starting with short distances is also important to prevent injury. 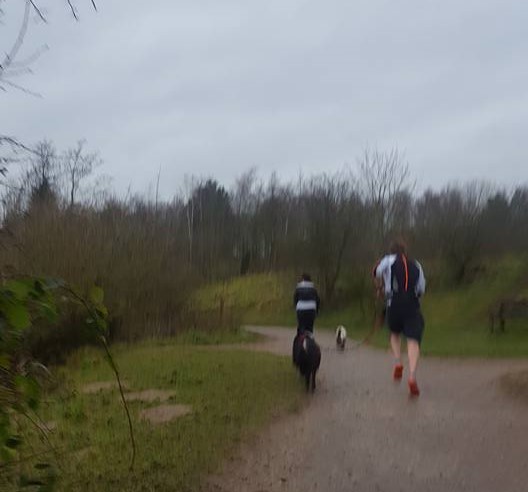 As leggings became more popular I treated myself to a couple of different pairs. Unfortunately I’d not long set out for a jog when I realised my bright, funky looking leggings were not withstanding the movement of me running and were sliding down my bottom. I spent the rest of the run hitching them up every few minutes and now I just use them for low impact workouts like pilates (and mostly for just lounging around the house in). Saying that though I definitely prefer wearing leggings to run in, it’s just worth looking around and jogging on the spot in the changing room to find the right pair. 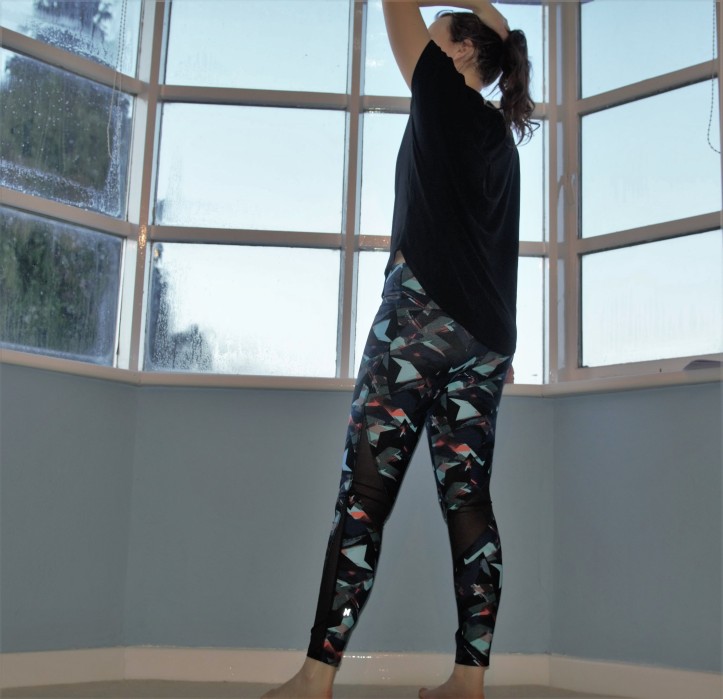 3) Dog running belts go on your hips not your waist

I’ve been using a cheapish running belt to run with Guinness for a while as it gives me the freedom of running hands-free but also let’s him pull me at times to help. Recently I’ve been looking in to Canicross much more and have found out that it’s better if your dog running belt sits on your hips rather than your waist. This means the dog is pulling you in a more forward direction rather than downwards, plus is better for your back. I adjusted my belt for my run the next day and couldn’t believe the difference! It felt so much more natural. I shortly after invested in a proper Canicross belt that is designed to hug my hips and bum for comfortable running, with or without pulling.
I highly recommend this blog for all things Canicross – https://k9trailtime.wordpress.com/ 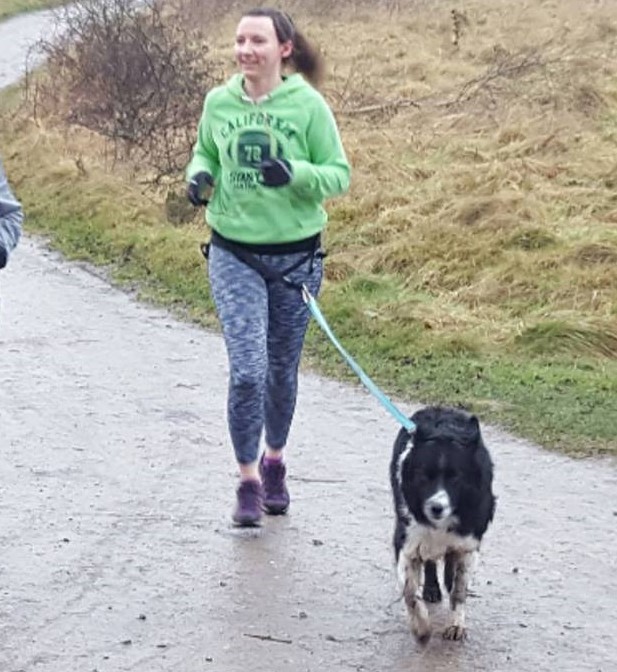 4. Get the right trainers – and don’t tie them too tight

Your feet are an important part of running so it’s vital that you get a pair of comfortable trainers. If your feet hurt during or after running you’re far less likely to want to do it again.

I haven’t been for a proper running shoe measuring session yet but I think it will be something I’ll be doing as my miles increase and the need for the right trainers are more important.

I recently treated myself to some Solomon trail shoes for off-road which have so far been fantastic. Very grippy and cushioning over rocky, muddy, uneven terrain. I also have a pair of Reekbok for road running, but I’ve been opting for my Salomons more as they are far comfier, plus I tend to avoid hard pavement runs.

Your feet will expand while you run so don’t lace them up super tight and instead allow a little room for movement. 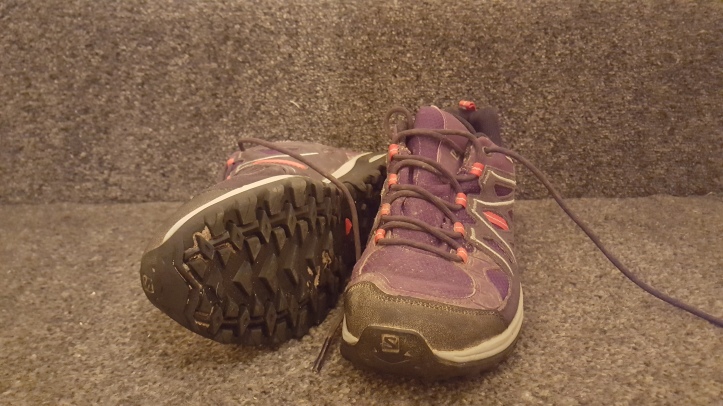 5. Don’t be ashamed to run walk

I used to hate it when people passed me while I was doing a walk section of a jog, either passing cars, walkers or especially other runners. It was pretty obvious that I was out for a run by what I was wearing so I always imagined people were looking at me thinking “Look at her, she can’t even run the whole way, she’s having to walk, she’s not a runner, what is she doing.” What made it worst was whenever I saw someone out in running gear they were always running, never walking.

I’ve since realised that A) it’s highly unlikely anyone is actually thinking this and B) if they are, I don’t care. At least I am doing something!

The Parkruns have further helped me to gain confidence as plenty of people who go to them do intervals of running and walking. Some people even walk the whole way! Everyone has to start somewhere and everyone of all ages are at different abilities. 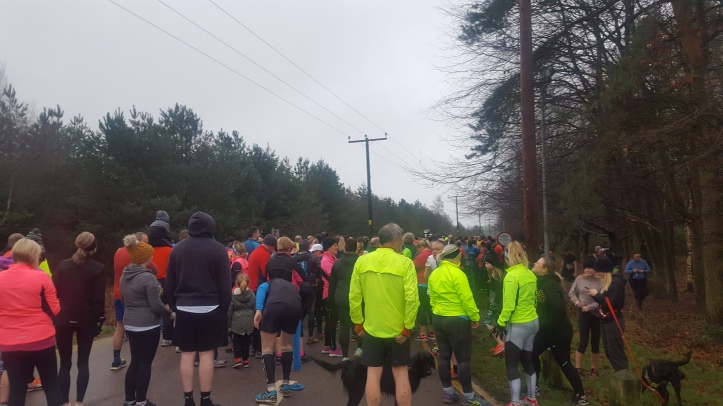 6. Running with a friend can be more fun

I never wanted to run with other people because they were always fitter and better than me, however I have recently done a few runs with my best friend and a few with my would be mother-in-law. We stuck at the slowest persons pace and walked whenever either of us needed to and it was lovely. We chatted the whole way round and I actually had a far better conversation with them while running than I would have we been sat at home with a brew. It also made the run pass by much quicker and gave me a distraction from any difficulty I was finding in the run.

Of course everyone is different and some people prefer to be alone, headphones in or not, using whatever works for them. I also wouldn’t advise running with someone who has a faster pace than you unless they run at your pace, and even then that could feel quite demoralising if they are finding it easy and you are struggling. It all depends on the person and what you prefer. 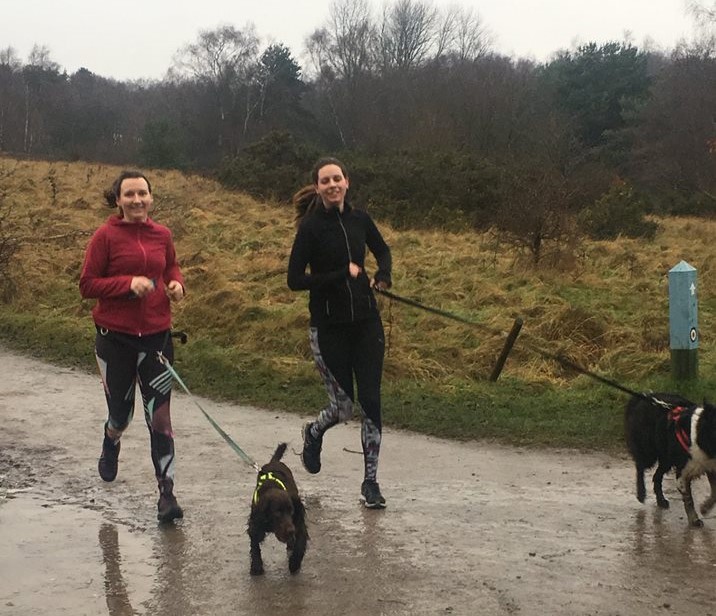 7. Entering events can help to keep your training on track

I’ve found going along to the Pakruns on a Saturday morning has given me the boost to get up and go out to train throughout the week leading up to it. I look forward to seeing how my time and how long I run for will have (hopefully) improved at the next run. Committing to going with someone else also gave me the further boost to make sure I had done the training.

Doing parkruns has also given me a goal of being able to run the whole 5k without stopping, and once I have completed that goal I will be aiming towards running 10k and entering some charity races to keep me on track and motivated to keep training. 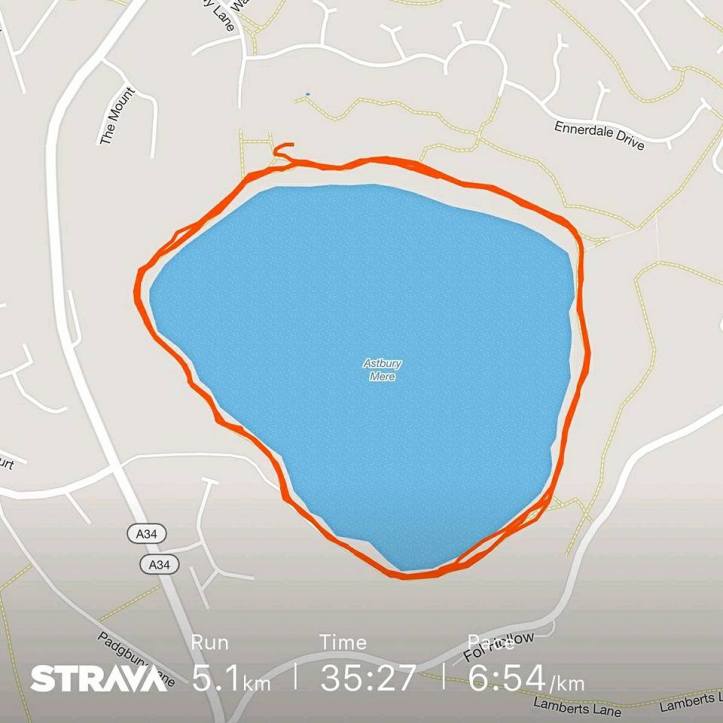 8. The dogs need a walk, so you may as well run them

I love running with the dogs. I feel it aids our relationship and I know they benefit from jogging along with me at a steady pace. I need to get up and walk them so why not run with them.

I’ve also found getting up and going out for an early morning run starts the day off on a real positive. I feel proud of what I’ve achieved that morning, plus awake and ready for whatever the day brings. 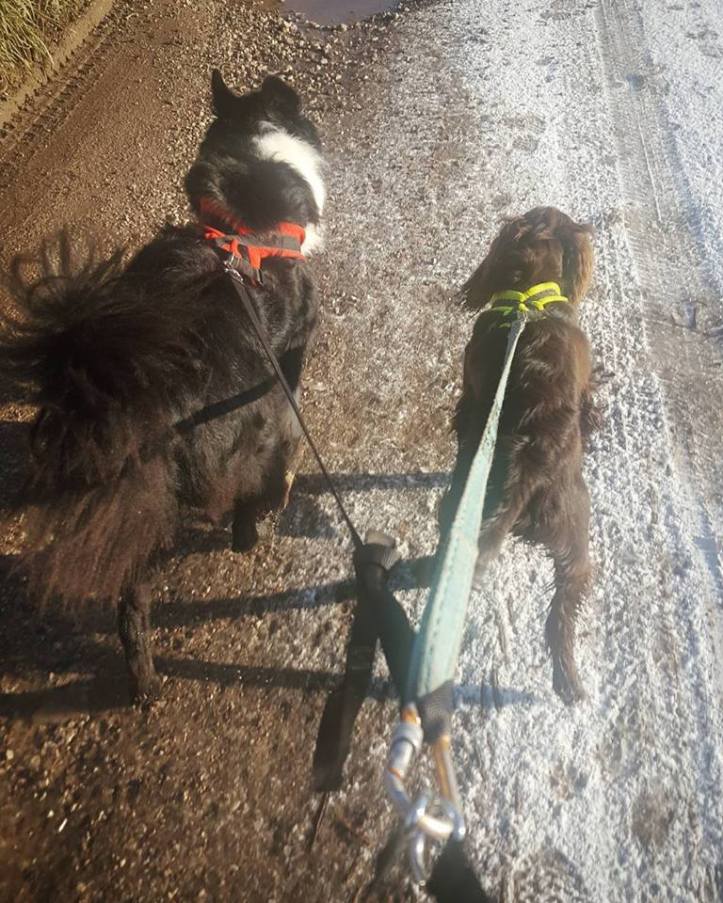 Are you a new runner? Are you thinking of starting to run? Have you been running for years? I’d love to hear if there is anything you’d add to this list and your stories of how you started to run.