Ever since I did the Troll Run my knees have been hurting on and off. When they first started hurting I rested and used ice packs and neurofen gel, then once the pain went I carried on. Since then it’s been coming and going and for the last 3 days its been very very present. I finally bit the bullet and went to see a physio tonight.

We chatted about my lifestyle and what I was experiencing and then she asked me to stand in front of her, took one look and said “Oh… yeah I see what the problem is!”

Oh no, is it really that bad!

After some prodding and poking turns out I have dancers knees… or fat knees as me & Ash are both calling it. 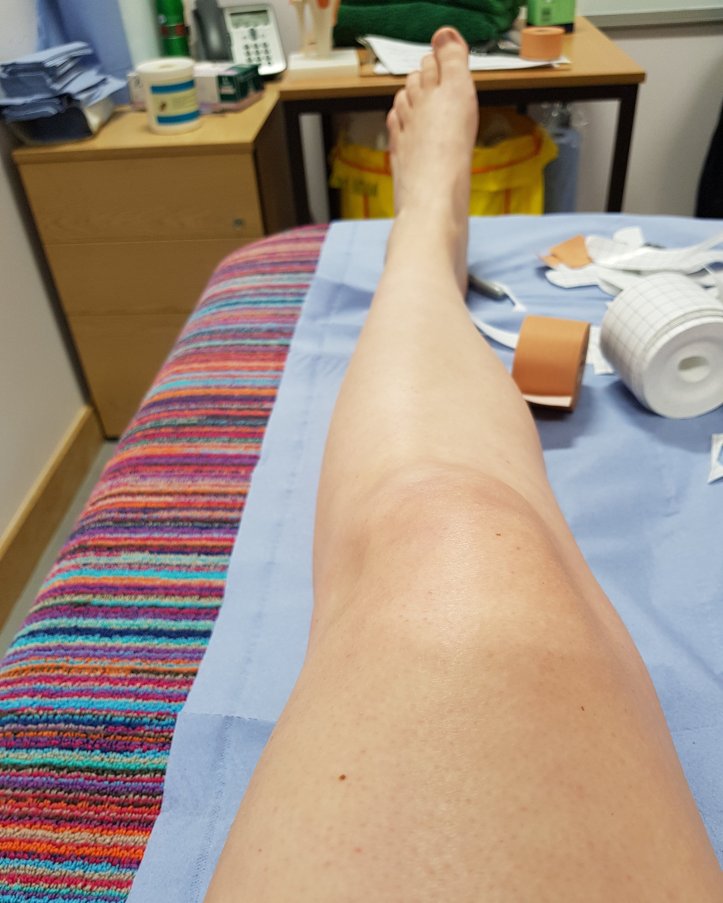 Basically the useful fat in my knee has become inflamed and is being made increasingly inflamed each time I run. All caused by running downhill at the Troll Run and then running too soon afterwards!

I thought I had taken the Troll Run easy as the only running I did was on the flat and downhill, but turns out downhill running is the worst for us. 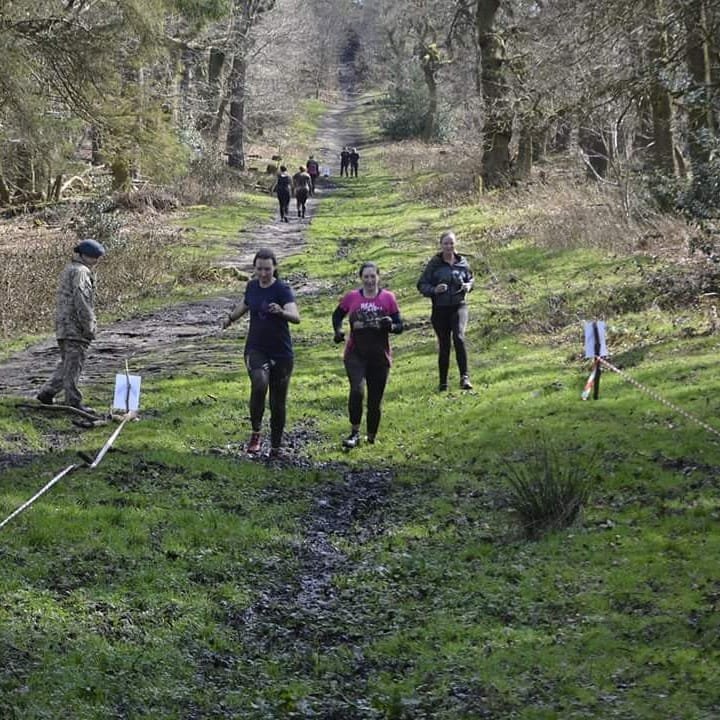 So I’m all taped up and need to tape myself every day, apply lots of ice packs and emugel and no running until next Tuesday at least. 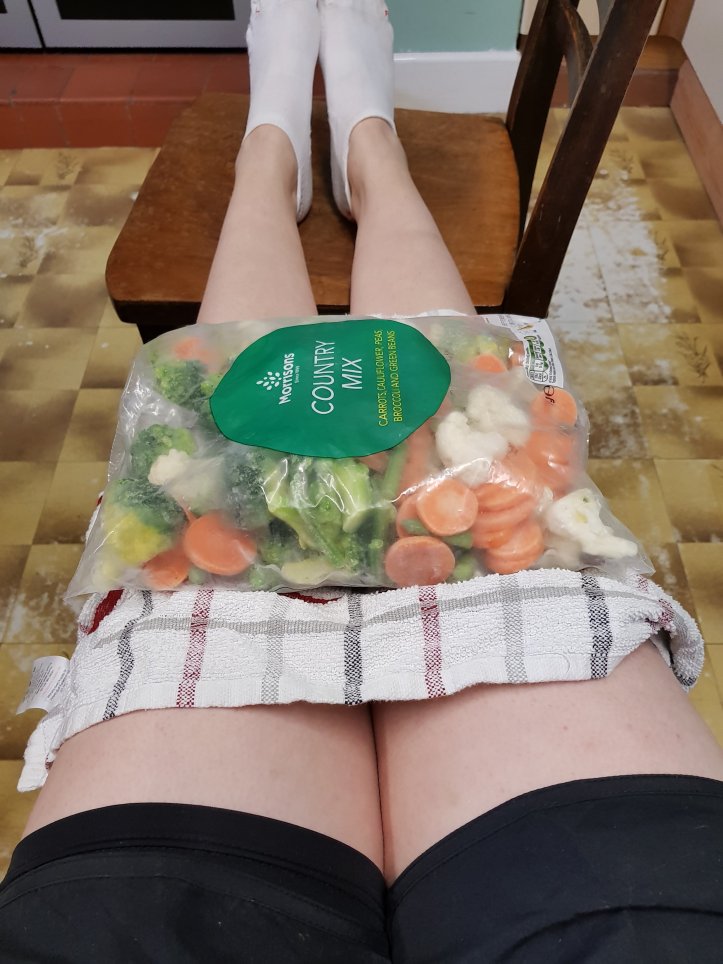 Then once the fat is reduced back to normal its strength and conditioning exercises to help prevent it from happening again.

The good news is that I caught it early and fat responds well to manipilation so hopefully recovery won’t be too slow or hard.

I’m so glad I went and it actually turned out to be none of the things people had been suggesting online, so just goes to show seeing a professional is important.

It has been getting me a little down recently that the thing I had been really enjoying had become difficult, so I’m so glad to be on the road to recovery.