The trials started at 7.30am! There was no way we were getting up that early. We wandered in around mid-morning and browsed around the few stalls (we being my best friend Lydia with her spaniel Freddie and Guinness and I). It was nice to see the Craft Fair tent was bustling with stalls after the website had said it was only open on Saturday. There was a great selection of relevant crafts from woolly hats, oil paintings, figures and much more. You could even have a go at spinning wool yourself if you wished! 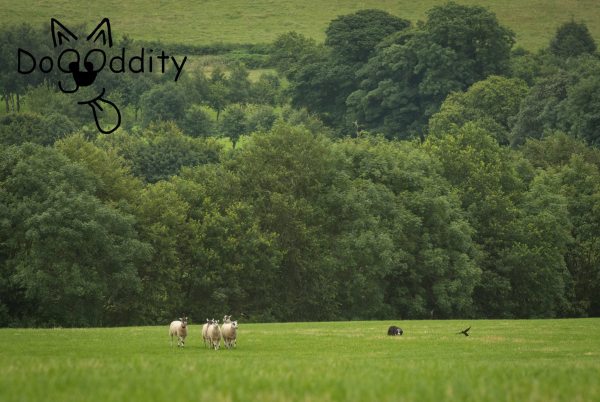 The English Nationals are held each year at different venues and we were super lucky to find it so close to home this year. Sutton Hall sits just on the outskirts of Macclesfield and despite being a stones throw from the town it felt very secluded and rural, with a gorgeous backdrop to the course.

The ground was fairly level so you had to fight for a decent spot in front of the fence as it was pretty busy. 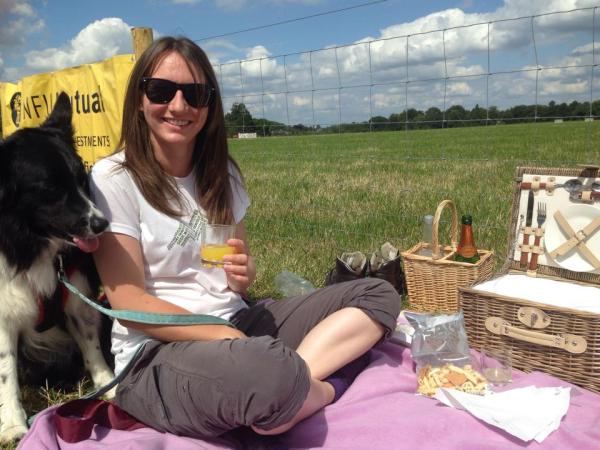 As it was my birthday we tucked into a very posh picnic and enjoyed a lovely big lunch while watching my favourite part of the trials, the brace. Controlling one dog is tough enough but having two is something else! Each individual dog has its own commands and part to play. Unfortunately only one of the three competitors completed the course, but they all gave it their best shot and the dogs were amazing. 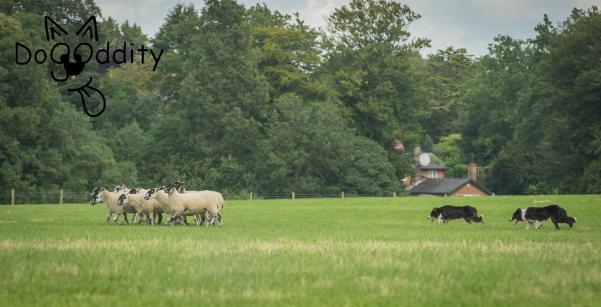 The sheep were quite strong willed and it was entertaining to see them facing off and charging at the dogs a few times. During one run the sheep were on the edge of the pen having a stand off with the dog. It felt like a good 60 seconds passed by as the front sheep and the dog stared each other down, then eventually the sheep admitted defeat and turned and walked into the pen. Amazing.

After a scorching hot day we left as the black clouds started to loom overhead. It was a lovely, relaxing day out watching one of my favourite sports and all for a fiver! You can’t go wrong there. I think it’s fabulous how sheepdog trials can be a great spectator event as well as for those taking part, plus with the different stalls and entertainment its a very fulfilling day out for anyone.