Parkrun… Did not finish

I thought long & hard about whether to take Zebby to parkrun on Saturday or not.
The forecast said temperatures would stay under 20°C until after 10am & a lot of the Cannock Chase parkrun is under trees in the shade. 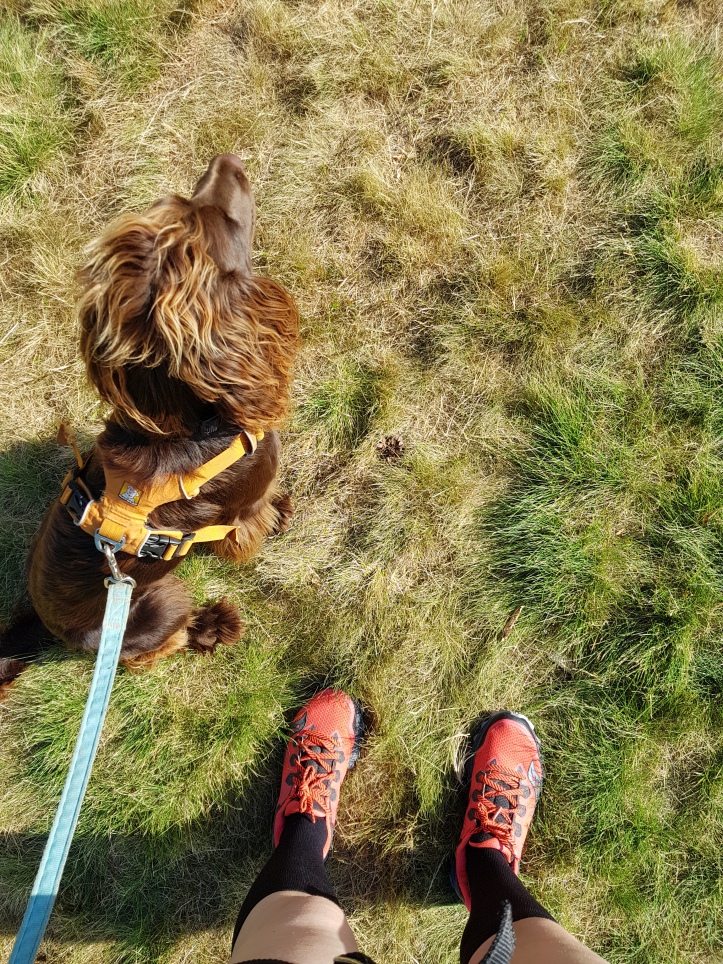 As usual Zebby was REALLY excited by all the people and the dogs there, as he set off he was pulling a lot but soon settled down & by 1km we were at a nice pace. He was panting heavily but he always does.

As we reached 2km he started to really slow down and kept looking as if he wanted to stop. I slowed to a walk and then stopped and he just stood there, panting away.

Zebby never stops! He doesn’t slow. This wasn’t him.

His gums were a healthy pink but his eyes were red and he wasn’t right. So I called it a day.

We found some water and then walked back to the car slowly, trying to keep in the shade.

Dealing with all of the people, sights and smells takes up a lot of brain power for Zebby, so he was mentally exhausted as well as hot.

Although the hest risk wasn’t huge, running in the heat while dodging people and dogs and smelling wildlife all around him was enough and I stand with my decision to call it a day.

If in doubt don’t risk it, the dogs come first.